FOR THOSE WHO FOUGHT FOR IT, FREEDOM HAS A FLAVOR THE PROTECTED SHALL NEVER KNOW.

–from the wall of a bunker at Khe Sanh

The battle of Khe Sanh was won and the Vietnam war was lost at the same time. Expendable Warriors describes at multiple levels the soldiers and Marines who were expendable in the American political chaos of Vietnam, 1968.

The battle of Khe Sanh was won and the Vietnam war was lost at the same time. Expendable Warriors describes at multiple levels the soldiers and Marines who were expendable in the American political chaos of Vietnam, 1968.

END_OF_DOCUMENT_TOKEN_TO_BE_REPLACED

Bruce B.G. Clarke is a retired Army Colonel with extensive strategic, operational and tactical experience. Clarke fought in the Battle of Khe Sanh and later participated in both the planning for and retaking of the combat base.

END_OF_DOCUMENT_TOKEN_TO_BE_REPLACED

Praise for Expendable Warriors has been received by a diverse group of experts including decorated military officers, academic authorities, and participants in the action.

END_OF_DOCUMENT_TOKEN_TO_BE_REPLACED 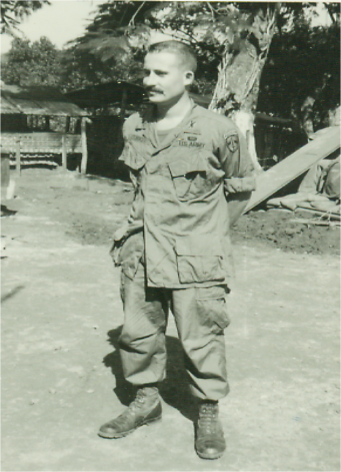 Shortly before Thanksgiving 1967 and the beginning of the Battle of Khe Sanh. 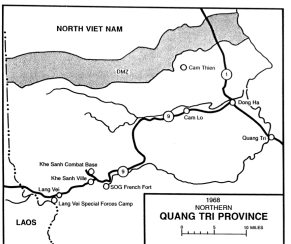 The NVA battle plan.
“Clarke describes the experiences of himself and his colleagues in the battles around the Khe Sanh Combat base in 1968, during the Vietnam War. He looks at the decision-making at multiple levels surrounding the battle, which he judges to have been a bloody tactical victory and a strategic defeat for the United States.”

“Most books studying the 1968 siege of Khe Sanh focus on the Marine Corps’ defense of the base and the hilltops to the north. Other books examine the fall of the nearby Lang Vei Special Forces Camp overrun by North Vietnamese tanks. To most Khe Sanh was a Marine battle. While heavily shelled and the hilltop outposts fought off attacks, the main base experienced only minor ground attacks. There was another battle though, unheralded in most books, the vicious fight for Khe Sanh Village south of the main base. This fight saw 25 Army and Marine advisors and 175 Vietnamese irregular troops fighting off a North Vietnamese regular regiment. Bruce Clarke aptly describes the valor and spirit of the defenders as they beat back repeated assaults with little support from the main base. This is a first person account of a virtually unheard of battle characterized by heroism and dedication to duty.”